Who We Are
And What We Do
01.
A few words to explain the essence of our activities and the importance of our objectives.
Read more
Our History
Since 1990
02.
A long and exhaustive narration of how everything has started and evolved.
Read more
Our Mission
``To Serve Music And Nothing Else``
03.
Just to better explain our traditional business philosophy.
Read more 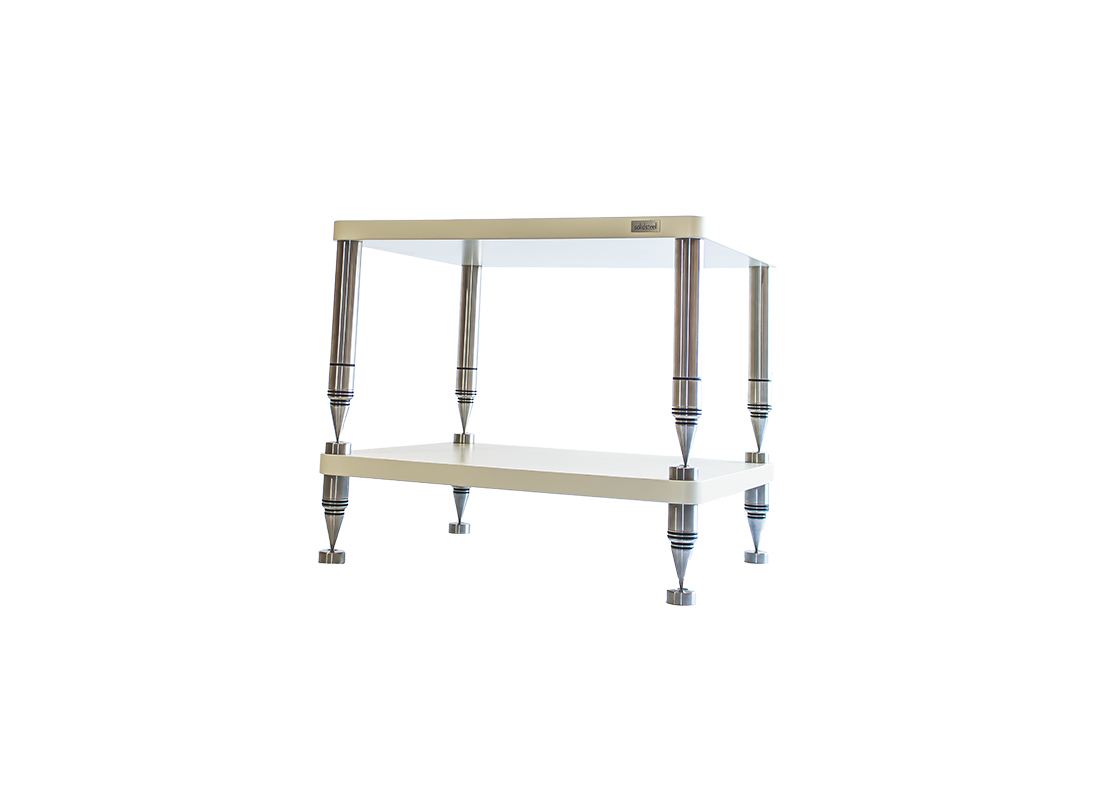 And What We Do

Ours is a small Italian company that produces branded “Solidsteel” furniture and equipments for audio and video components. Well as in Italy, we are also present in almost all the Continents and we dedicate our activities to a wide range of music lovers and video entertainment passionates.

The company name “Solidsteel MC Group” is the exact essence of our work: in it is contained the historicity of the trademark, existing since 1990, and the grounds of our “MC Group” project, inspired to our founder Moreno Conti unfortunately passed away in 2013.

Ours is a whole family history definable as inextricably linked to the birth of the brand “Solidsteel”, occurred in early 1990 thanks to the passion for a musical universe entirely based on culture for listening and for craftsmanship.

In the next lines will be summarized all the stages of the route that decades ago led our founder, Moreno Conti, a great lover of music with extraordinary creative ability, to give life to the brand that proudly today we promote in the World.

The origins of the name “Solidsteel” have well deep roots. And to fully understand them we must go back in time in the era of the ’70s and’ 80s.

It all started from the musical passion of a boy of Pescara (Italy), enthusiast for records and engines, who every day from an early age strongly worked for the illustrious family-company “Conti”, which was at that time the official supplier of silencers for motorcycles of Ducati, in Bologna.

In this period, working in the factory gave him the opportunity of learning the most accurate techniques of metal craftsmanship. In particular, the testing of the various possible uses of the best machineries of the time for the sector, as well as the experience with the most sophisticated and accurate techniques of open-flame welding, were the first major step towards the creation of the firsts furnitures for electronics destined to the Hi-Fi and Hi-End world.

So we are talking about a young and enterprising man eager to create something of extremely useful to his passion for listening. The personal limit he had of never being able of playing a musical instrument, together with the great love for the audio culture, had led our founder towards the design of a tool (or rather an instrument, just to stay into the sound-theme!) that could value the equipment that in his personal moments of leisure was able to finely play his favorite music: his audio system.

In the late 80s then, several familiar vicissitudes brought the end of his family company, thus giving courage to the willing Moreno for the development of what by then had become the true fruit of his musical passion. It should also be pointed out that a further strong incentive was the fact that at that time in Italy did not exist any company or brand specialized in the audio furnishing field.

Therefore, it was exactly between 1988 and 1989 that the first prototypes of furniture “Solidsteel” were tested and shown to the trusted friends, to acquaintances, and even to the local enthusiasts audiophile technicians. The first results were more than encouraging and the young Moreno, also thanks to the support and complicity of his wife Dora, is been totally sure of starting this exciting challenge in the world business.

In a short time he had strong awareness of having a solid ground to develop. Solid exactly like the metal of which the products were (and are still now) composed.

The brand, the first in its field in Italy and also one of the longest in the World, had thus originated in 1990 and with it had life a long series of first models fully welded by hand according to the most precise and sophisticated techniques for the metal craftsmanship. No welds in sight, quality wooden shelves, clean paints and turned spikes to facilitate the damping of vibrations towards audio components. Soon all these elements have become essential marks of the working processes, characterizing uniqueness of the stands in the worldwide market.

It is precisely at this crucial stage of the history that our founder, full of ideas and enthusiasm, together with his wife Dora, always of great support to the project, came in contact with the Audiogamma company, one of the main Italian distributors in the audio-field, that helped the brand with technical and commercial development for the many years that followed. A key partnership through which “Solidsteel” became a well-known brand in Italy and throughout the World for more than two decades of work.

Proudly most of our historical business partnerships started right in that period.

Since its foundation is therefore born a business experience made of hard work, sacrifices, research, experiments and initiatives aimed at continuous product improvements. It’s easy in this way to imagine the typical working dynamics of a small family business, bearer of values and principles always common to the “Made in Italy” concept.

An important year to be reported is been certainly the 2006, when it was introduced on the market the prestigious Hyperspike Series, which is the current top line of products in our range that also marked the introduction of the modularity concept into our market.

This leads to the more recent history.

From 2008 on, the audio market suffered a sharp contraction at a global level. In our case, we had some difficulties of management with the Italian working reality which involved our production field, having also consequences on our main suppliers. This period of crisis led to a natural evolution of our working dynamics and of the new ways of communication so to make our brand fully independent on the international business plan. It’s been therefore interrupted the collaboration with the Audiogamma company, without sacrificing its historic ties to the national distribution (only until the end of 2014).

A few years later, after some very difficult moments, the unexpected happened. In spring 2013 the company’s project risked a collapse because of the tragic and unexpected death of our late Moreno Conti. Essential point of referement for the family, he was hit by a letal heart attack during a non-working day, leaving his wife and two sons over pain among family members and co-workers.

However, as a result of the tragedy, just while everybody was certain of the end of the Solidsteel project, a few days after the disaster, the family discovered the huge work developed in secret by the great Moreno during his last two years of life.

In that moment it was discovered that his important and innovative project was designed for the permanent abandonment of the welding processes of metal parts. The aim was to make room for a new, more efficient and advanced process of work based on the positive experiences given by the Hyperspike products.

An historical evolution on the main range named “S Series”.

At that precise moment in history, with the force of pride for what firmly built, is been therefore the duty of the new generation to take control of the project for the continuation of what built in more than 25 years of work. And a true special mention goes to the extraordinary, even though temporary, contribution that was provided at that stage by Davide Campanaro, young capable person, dear to the family, which gave a real chance to found along with Gaetano Conti, the firstborn of Moreno and Dora, the current company-project called “MC Group”.

Actually the company is composed by Gaetano and Manfredi Conti. Sons of Moreno and Dora.

Today our brand is represented in many Countries around the World and also operates in a completely independent way into the Italian market.

The proper thanks from the family goes to all those who, between Partners, Suppliers and Employees, never stopped believing in what have been done by Moreno, to give us the opportunity of carrying on the project also in his memory.

The task of ” MC Group ” is now to continue writing beautiful pages of this Italian history. 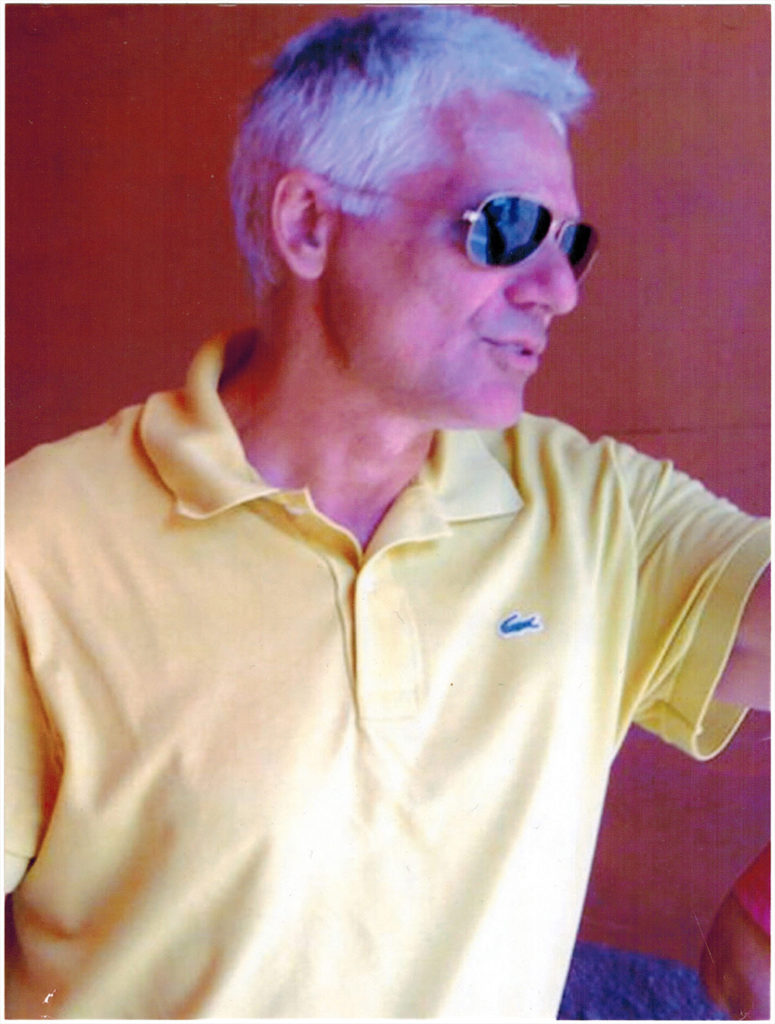 Moreno Conti during summer of 2011

``To Serve Music And Nothing Else``

Our business philosophy is “to serve the music and nothing else.”

Since 1990, our brand is an expression of attention, rigor and dedication to an exciting job that allows us to offer a range of products carefully developed for the demands of any enthusiast.

Not just a product for a few, then, but also for anyone who appreciates listening to music in their favorite spaces.

Our task is to research, select and combine with care the best materials for the technical realization of articles having the maximum functionality, according to a coherent design over time.

It is a labor of love and passion for music. We also intend to preserve the artisan characteristics of our products as the highest expression of our corporate creed, which is completely based on the “Made in Italy” concept.

We love the art of music and desire our products to be included into the spaces just by following this clear criterion.

In an age in which everything is created to be consumed, we work to produce articles intended to remain in time. 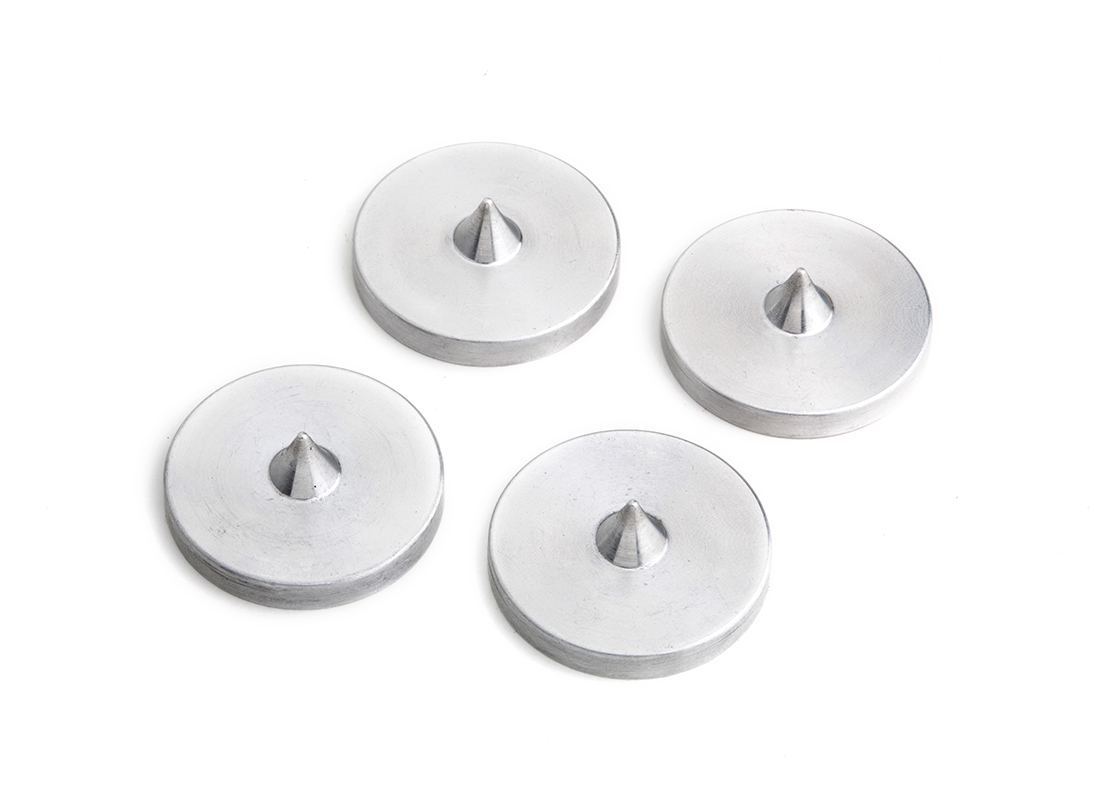